Some Communities within the area include: Naaga, Tindama, Balore, Chaaba, Kulongo, Kugongo etc. The Zonal Council houses some commercial activities such as the Naaga Market, educational and health services. One major ceremonial and major road running the Zonal Council is the Kologo-Naaga Road which serves as a major connector as well as a nodal community for adjoining areas/Zonal Councils and the region at large. 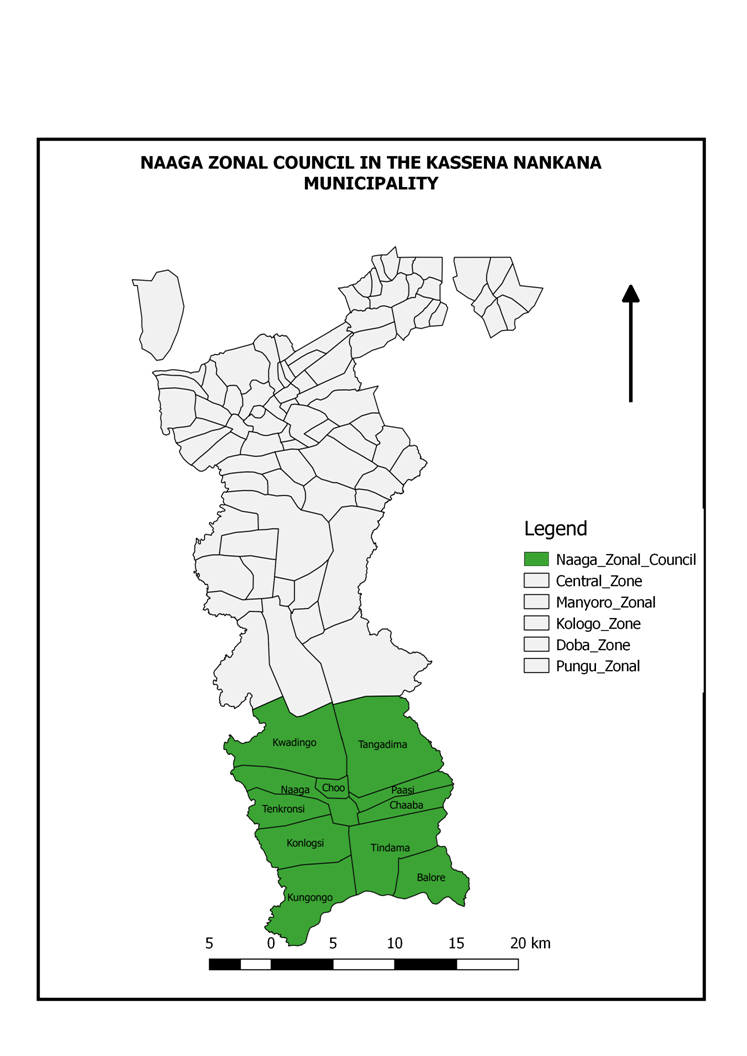