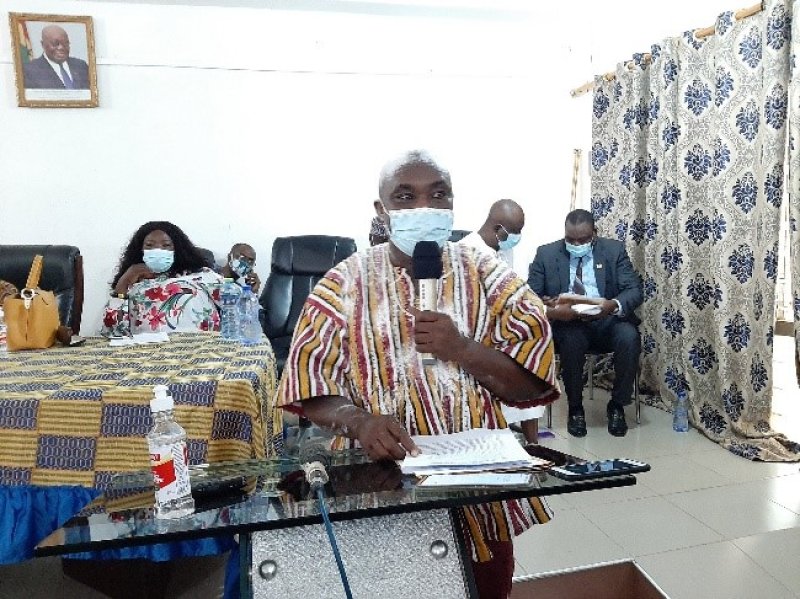 The Kassena-Nankana Municipality has 52 Assembly Members, with 47 members present to cast their ballots. Forty-Six out of the number voted “Yes” representing 97.87 per cent while one person voted “No”, representing 2.13 per cent. There was no rejected ballot. Prior to the election, Hon. Adongo, who was the incumbent PM, resigned his post after which a new PM was immediately elected to lead the Assembly Members. Delivering his victory speech, Mr Adongo thanked God for his confirmation by members and expressed gratitude to President Nana Akufo-Addo for the confidence reposed in him to serve the people of the area.

He called for unity among Assembly members and urged them to work together in the interest of the Municipality. He noted that the area had challenges in security, health and education among other areas, which needed effective collaboration from members, traditional and religious leaders to enable the Municipality realise its vision and mission. “It is impossible as an individual to carry out the developmental challenges that face us in this Municipality. I am going to work with everyone who has the interest of this Municipality at heart,” Hon. Adongo said.

He said President Akufo-Addo meant well for the Municipality and would work closely with them to implement programmes and projects for poverty reduction and improvement in the living standards of the people. The programme was attended by the Member of Parliament for Kassena-Nankana, Hon. Sampson Tangombu Chiragia, Hon. Tangoba Abayage, former Upper East Regional Minister, and Regional and Constituency executives of the New Patriotic Party.